Laos, like Thailand, is seven hours ahead of GMT/UTC. Thus, noon in Vientiane is 10pm the previous day in San Francisco, lam in New York, 5am in London, 1pm in Perth and 3pm in Sydney.
Electricity
The LPDR uses 220V AC circuitry; power outlets most commonly feature two-prong round or flat sockets. Bring adaptors and transformers as necessary for any appliances you're carrying. Adaptors for the common European plugs are available at shops in Vientiane.

In smaller towns electricity generated by diminutive local power plants may be available only three or four hours per night. In many villages there is no power whatsoever. Blackouts are common during the rainy season, so it's a good idea to bring a torch (flashlight).

Weights & Measures
The international metric system is the official system for weights and measures in the LPDR. Shops, markets and highway signs for the most part conform to the system. In the countryside distances are occasionally quoted in meun; one meun is equivalent to l2km. Gold and silver are sometimes weighed in baat; one baat is 15g.

Toilets & Showers
In Laos, as in many other Asia countries, the 'squat toilet' is the norm except in hotels and guesthouses geared towards tourists and international business travelers. Instead of trying to approximate a chair or stool like a modern sit-down toilet, a traditional Asian toilet sits more or less flush with the surface of the floor, with two footpads on either side of the porcelain abyss.

For persons who have never used a squat toilet it takes a bit of getting used to. If you find yourself feeling awkward the first couple of times you use one, you can console yourself with the knowledge that, according to those who study such matters, people who use squat toilets are much less likely to develop hemorrhoids than people who use sit toilets.

Next to the typical squat toilet is a bucket or cement reservoir filled with water. A plastic bowl or bucket usually floats on the water's surface or sits nearby. This supply of water has a two-fold function. Firstly, toilet-goers scoop water from the reservoir with the plastic bowl and use it to clean their nether regions while still squatting over the toilet. Secondly, since there is usually no mechanical flushing device attached to a squat toilet, a few extra scoops must be poured into the toilet basin to flush the waste into the septic system. The more rustic toilets in rural areas may simply consist of a few planks over a hole in the ground.

Even in places where sit-down toilets are installed, the plumbing may not be designed to take toilet paper. In such cases there will be the usual washing bucket nearby or there will be a waste basket where you're supposed to place used toilet paper - some-times both.

Public toilets are uncommon outside hotel lobbies and airports. While you are on the road between towns and villages, it is perfectly acceptable to go behind a tree or even to use the roadside when nature calls.

Bathing
Most hotels and guesthouses in the country do not have hot water, though places in the larger cities will usually offer small electric shower heaters in their more expensive rooms. Very few boiler-style water heaters arc available.

The vast majority of rural Lao bathe in rivers or streams. Those living in towns or cities may have washrooms where a large jar or cement trough is filled with water for bathing purposes. A plastic or metal bowl is used to sluice water from the jar or trough over the body. Even in homes where showers are installed, heated water is uncommon Most Lao bathe at least twice a day.

If you bathe in a public place you should wear a phaa salong or phaa sin (cotton wraparounds for men and women respectively); nude bathing is not the norm. 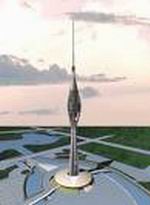